NOBUO SERIZAWA'S BIRDIE TRY AND ITS EVIL, SOULLESS TWIN FROM THE FUTURE

So, there's this Japanese golfer called Nobuo Serizawa. Here he is:

What a cheerful looking guy. He's got a blog and everything. In 1992, he lent his likeness to a SNES golf game called Nobuo Serizawa's Birdie Try. That makes sense. He's a Japanese golfer, it's a golf game from Japan. It's a perfect fit! 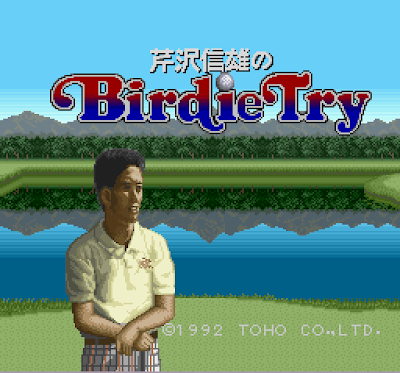 But wait! We want this game to be released overseas, and nobody is going to know who the hell Nobuo Serizawa is (sorry, bro). Well, we'll just get another, more recognisible golfer for the foreign releases. Oh dear, no famous golfers want to be associated with our little game. What are we going to do!? I've got it! Let's replace Serizawa with A TERRIFYING ROBOT WHO WILL HAUNT YOUR NIGHTMARES UNTIL YOUR SOUL IS GIVEN THE SWEET RELEASE OF DEATH. 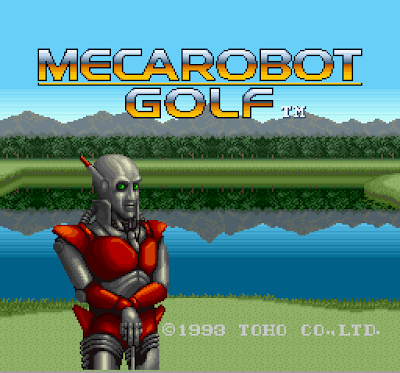 A quick renaming of the game to Mecarobot Golf and the job is done. I think this game has disproved the commonly-held notion that to make something 10,000% cooler, you just add robots. That is not a cool robot. He does have some rather well-defined buttocks, though:

As if that wasn't enough, the poor girl at the front counter of the clubhouse gets an entirely unnecessary make-over. 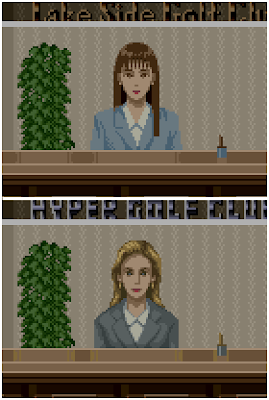 I guess when they were taking the Japanese-ness out of the game, they figured they might as well go the whole hog. Did they really think that Western people wouldn't buy the game because the clerk was one of them foreign types? She doesn't even look that Japanese. It's not like she's covered in tentacles or riding a giant robot or anything.

Did I mention that the robot is called Eagle? You know, like the golf term. On an unrelated note, Eagle and Birdie from the Street Fighter series are also named after golf terms. Every day's a school day and all that. Well, I'll leave you with a message from Eagle the Robot. 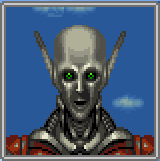 YOU HAVE BESTED ME ON THE GREEN BATTLEFIELD OF GOLF. CONGRATULATIONS. AS A REWARD, YOUR DEATH WILL BE SWIFT AND PAINLESS. THAT IS ALL.
Posted by VGJUNK