So, I Stopped Updating VGJunk

There hasn’t been a new VGJunk article in nine months – wow, nine months, really? Even I didn’t think it had been that long – so as you can probably tell, VGJunk is closed for business. I really should have mentioned something about it earlier, but the unpleasant finality of saying “right, VGJunk is over” kept putting me off. I thought maybe I’d come back to it, and I did try a couple of times, but those attempts were non-starters so here we are at The End. I also held out through October just in case a new Halloween Trick or Treat game was released, because I’d have come back for that. I know, I’m as disappointed as you are.

So why did I stop? Normal, boring life reasons, I’m afraid. Lack of time, mostly. For a big chunk of VGJunk’s run I was acting as a carer, which resulted in a situation where I didn’t have a job to go to but I also couldn’t get out of the house much; a fertile breeding ground for bad jokes about long-forgotten ZX Spectrum games. That’s all changed, and amongst other things I’m working full time - and after spending all day typing things into a computer in an office I’m not exactly desperate to come home and spend all night typing things into a computer. VGJunk articles may look like amateurish, hurriedly-cobbled-together things, and that’s because they are – but each one took a pretty long time to put together and that’s time I just don’t have any more. I can scarcely believe I kept up the schedule that I did, frankly.

I also felt like I was getting into a bit of rut, writing articles just for the sake of having put something out that week, and that the standard of quality was slipping below my admittedly very low bar. There’s no fun in forcing it, and I started VGJunk to be a fun thing that would occupy me during some of the roughest times in my life. In that sense, VGJunk was outshone its goals, because I did have a hell of a lot of fun writing these hundreds of thousands (millions, even) of words.

So that’s that. Will VGJunk ever return? Probably not, and it’s especially unlikely to be in its old format, but never say never. I do love writing, and I’ve been tentatively getting back into writing some horror fiction and stuff like that, but that’s a hobby that I’ll most likely keep to myself.

As always, a big thank you to everyone who read, shared and commented – VGJunk’s readership was overwhelmingly a bunch of kind, insightful and funny people, and I’m very pleased to think that I provided you with some entertainment over the years. The articles will stay where they are for the forseeable future while I think about archiving them somehow, and if you have a particular favourite VGJunk article, please feel free to let me know. I’m still around on Twitter @vgjunk, and hey: we’ll always have *NSYNC:Get to the Show. 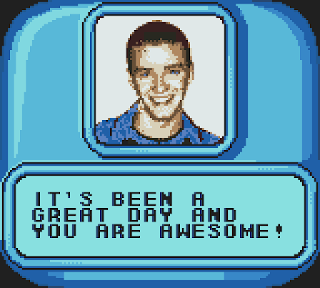