Megaman games are nothing if not predictable. Fight eight robots, steal their weapons, go through a castle and fight Dr. Wily. Replace Dr. Wily with Sigma, and there you have the Megaman X series. One of the other differences between the two series is that while the Robot Masters in the classic series follow the naming convention (Noun/Verb)man (Cutman, Skullman, Gravityman etc,) the bosses of the X series are usually a word followed by a type of animal. So, you get Megaman X fighting a collection of crazy robots called things like Crystal Snail and Storm Eagle. Except, in the original Japanese, things aren't quite that simple. Here are some of my favourite original names from the Megaman X series. Bizarre translation decisions ahoy! 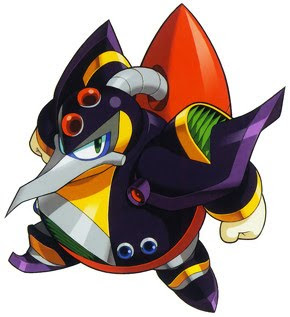 "Chill Penguin" makes it sound like he's, well, just a pretty chilled guy. As you will quickly gather, the general naming structure for the Japanese MMX bosses was to start giving them an animal name and then go crazy half-way through and just start chucking random letters in. Hence, Icy Penguigo. I think part of my enjoyment of these original names is that when I pronounce them in my head, I always say them in Beavis' Cornholio voice. "I am Icy Penguigo! Are you threatening me!?" 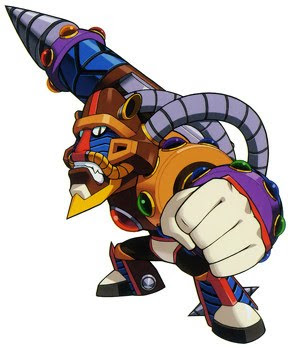 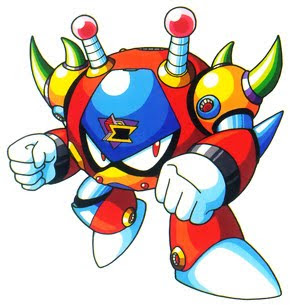 D'aww, Bubbly Crablos. That's just... adorable! He is also known by his title "Pulverising Demon of the Oceans Depths", which isn't quite so adorable. 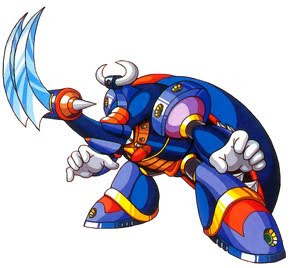 This is probably my favourite, and the one I wish they'd left alone. There's just something about the word "Beetbood" that pleases me on a deep subconscious level. Also, his stage has some of the best music in the Megaman X series, which is really saying something.
Megaman X5 (All of it) 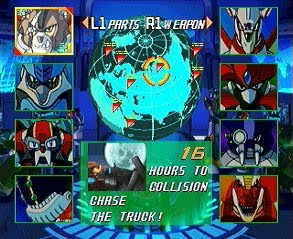 This is where it all starts to go a bit peculiar. It starts off being business as usual, and in Japan Megaman X5 contains bosses with traditional MMX names like Spiral Pegacion, Crescent Grizzly and Volt Kraken. Then, during the translation process, a truly bizarre decision was made. All of the Maverick bosses were renamed after the members of Guns 'n' Roses. To the best of my knowledge, no reason for this has ever been given, and I sure as hell can't think of one. Imagine if Final Fantasy VII had been released in the west and your party consisted of John, Paul, George and Ringo. All in all, it's pretty surreal. The only reason I can come up with for this strange choice is that one of the bosses is rose-based and you shoot him with your (arm-)gun. So, Spike Rosered become Axle the Red for the western releases. Crescent Grizzly became Grizzly Slash, which I can kind of understand because I suppose bears do slash with their claws. Things start getting a bit stretched when Tidal Makoeen is renamed to Duff McWhalen after former GnR bassist Duff McKagan. McWhalen, McKagan... you might have just gotten away with it. Then Izzy Stradlin gets a Izzy Glow named after him and any pretence goes out the window. The best of all is Spiral Pegacion being renamed to The Skiver. I guess it must mean something different outside of the UK.
UPDATE: In a fittingly bizarre twist, this article right here reveals that the Guns 'n' Roses name-change madness was a localization decision taken by one Alyson Court, better known to videogame fans as the voice of Claire Redfield in the Resident Evil series. Her goal was apparently to keep up the Mega Man tradition of musically-named elements, so that's fair enough. Still, Capcom USA: what the fuck? 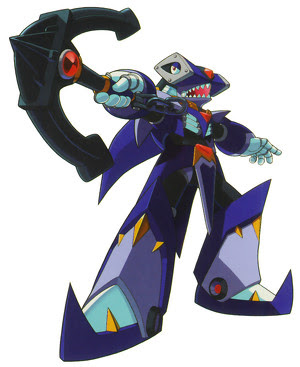 Ah, the all-too familiar L / R problem. I do like the idea of a robot shark being a playa, though. The "Prayer" in the original name is a reference to Metalshark's resurrection abilities, but I'm pretty sure he's not some kind of ultra-religious robot shark. I can't believe I just typed that. 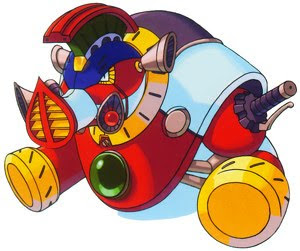 Hellride Inobusky is one god-damn cool name. If I had a band, that is what they would be called. Hellride Inobusky and The Mistranslations. I expect the major labels to be knocking on my door any day now. Dropping the "Hell" aspect from his name just leaves the translation looking that little bit anaemic. 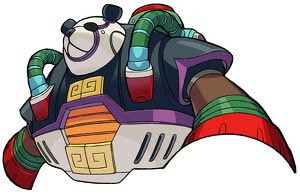 Nice to see that even the Japanese can't resist a good old (and I mean ancient) pun.

And that's that. You should all go and play some Megaman X now. It does a body good!