A few months ago, I wrote about various retro games that eschewed specifically-composed music and incorporated "real" music into their soundtracks, be they the King of Pop's hits appearing Moonwalker, Konami's presumably unlicensed Beatles covers in Mikie or the patriotic strains of the Colonel Bogey March from Gremlin Graphics' Wanted: Monty Mole. That was just the tip of this harmonious iceberg, though - long before the current age of fully licensed soundtracks from major artists, games were taking their musical cues from real-world sources. So, here are a few more examples of real songs in retro videogames! 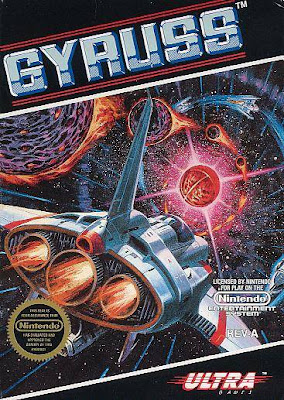 Let's start with something classy, shall we? Konami's tube shooter Gyruss may have a standard spaceship-shooting-other-spaceships-in-space setting, but what's less common is the use of Johann Sebastian Bach's "Toccata and Fugue in D minor" as the game's main musical theme. Even if you don't recognise the name of the piece, the first few seconds quickly reveal it to be "that spooky music" so often used to give things a sense of foreboding.

Of course, it then goes into a high-tempo techno remix of JSB's famous piece, but this is a Konami shooter, after all. I said in the last article I'd like to travel back in time and show the guy who composed the Tetris theme the digital version of his work, but I think if I could do that with anyone it's have to be Bach and this. I just want to watch Bach play Gyruss, if I'm being completely honest. 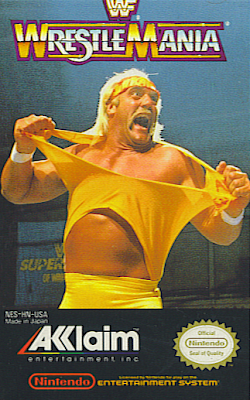 From high culture to a place about as far removed from the refined world of classical music as you can get, here's "Real American", Hulk Hogan's insanely, almost self-parodyingly, patriotic signature theme.

Somewhere, an eagle sits atop a mountain, wiping a proud tear from his unblinking eyes. Of course, there have a been quite a few WWF games, but (as far as I know), the first to carry the name was Rare's WWF Wrestlemania for the NES. Hulk Hogan is present, of course, and so is his bombastic theme in a chiptune format.

That eagle is now a robot eagle from the eighties, wiping away his tears with his giant shoulderpads. A personal story: I sent a friend a video of "Real American", and she replied that she'd heard it before and thought it was a satrical comedy track about the Vietnam War. I think that says it all, really. 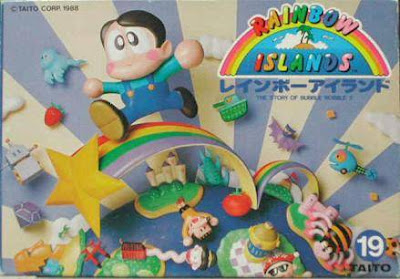 A game with a rainbow theme, huh? There must be a rainbow-related song that we can... adjust to fit the game, right?

Okay, so it does it's own thing too, but the influence of "Somewhere over the Rainbow" is definitely strong enough to justify its place here. Plus, it's sweeter than a sugar-coated puppy with biscuits for eyes so I have hard time disliking it. 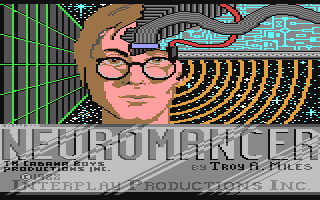 William Gibson's seminal cyberpunk novel received a well-regarded adventure game makeover for the home computers of the time, complete with a score based on the song "Some Things Never Change" by synth-punk electrowizards Devo. Each version of the game has a different score due to the differing sound capabilities, but my favourite of the lot is the C64 version. This is because it features vocals. Terrifying, robotic, trash-compacted vocals.

It's a mightily impressive sound to hear coming from a C64, with the garbled sounds fitting perfectly with the dystopian cyberpunk setting. As a big Devo fan, (and I'm sure that comes as no surprise to you,) I'm a little embarrassed I didn't know about this sooner, but hey: I know about it now and Mark Mothersbaugh's electronic gravel-tone words will accompany my nightmares for a long time to come. 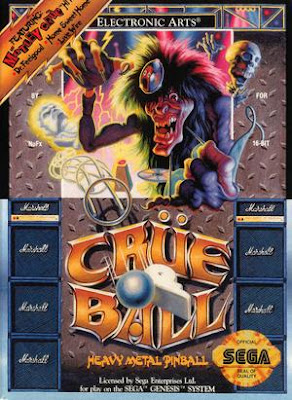 While some bands like Guns 'n' Roses and Kiss got actual pinball tables based on them, poor old Mötley Crüe had to do with having their name slapped on a Megadrive pinball game, a license which was apparently added quite late into the development period. Oh well, at least there are a few nice Megadrive recreations of some of Crüe's hits in the game, like this cover of "Dr. Feelgood".

As nice as that is, despite being a licensed Mötley Crüe product Crüe Ball only contains three tracks by the band. The remainder were composed by Brian L. Schmidt, who also wrote the music for the SNES Madden NFL games. 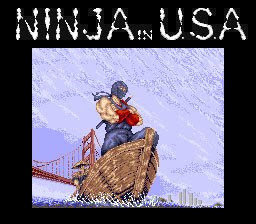 Ninjas are cool. Undisputable fact, that. Unless you've seen any of Godfrey Ho's ninja movies, but you'd never admit to that in public, would you? So, ninjas = cool, but that's not to say they can't be made cooler. Common ways of jazzing up your shadow warrior include cybernetics and demonic powers, but a much better way is to make a game about ninjas and add an extremely thinly-veiled copy of Black Sabbath's "Iron Man" to the soundtrack.

The track is even called "I Am Man". Black Sabbath retaliated by writing a song called "Ninja Guy Dan", ostensibly a song about a normal guy satanic wizard called Dan who becomes a ninja - however, when played backwards you coud hear Ozzy threatening to bite the heads off of various Tecmo employees. Sadly it was never released, mostly because it's not real. 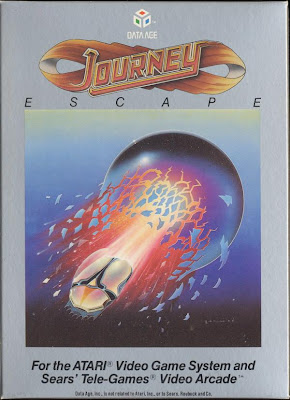 Journey, America's premier supplier of tunes to Glee and other media franchises based on copying other people's songs, were the stars of their own videogame. And yet Aqua didn't get so much as a handheld LCD game by Tiger Electronics. Shameful. Anyway, I know you're only interested in one thing here: is there a version of "Don't Stop Believin'" featured in this game?

Yes, of course there is. It's the intro music, and, um, that's about it for the Journey music in Journey Escape, apparently. I guess the developers realised that was the only track anyone was interested in. 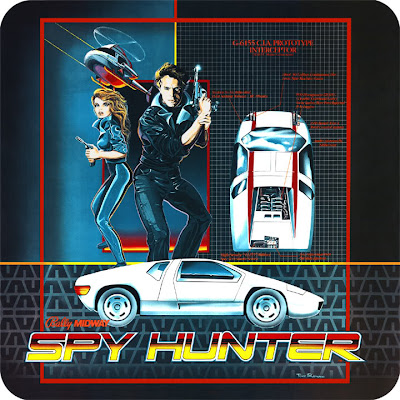 Do you remember Peter Gunn? No, me neither. That's because I'm British and not in my sixties. You'll recognise his theme tune, though - a jazz standard that just oozes international espionage, shadowy figures and cars driving into the back of lorries.

Yes, it's that one, the spy music. It was written by Henry Mancini, who seemingly wrote every piece of memorable music ever. "Baby Elephant Walk"? Mancini. The Pink Panther theme? Mancini. "Straight Outta Compton"? There no real proof, but I'm pretty sure Mancini had a hand in it somehow. The Peter Gunn theme, then: Bally Midway obviously knew a good thing when they heard it, as they made it the main theme for Spy Hunter, an arcade game about - get this - hunting spies. It really is a very good fit. 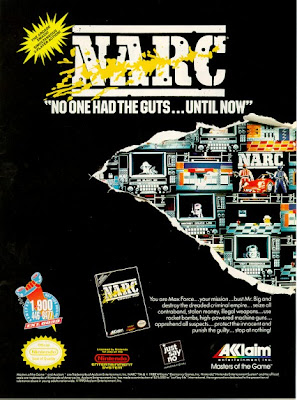 For the final game in today's round-up, I'm turning the tables with a retro game track that escaped from the confines of the arcade and onto an honest-to-god record. Here's the second stage music from Williams' 1988 gory crime-doesn't-pay-em-up NARC.

It was composed by Brian L. Schmidt, the same guy who I mentioned in the Crüe Ball section. It's a rather nice bit of high-octane eighties game music, particularly the driving bass and drums. Just the sort of thing you want to be hearing while blowing drug lords away and aggressively high-fiving your partner. Someone else who enjoyed NARC's musical stylings was Charles Thompson IV. He's better know as Frank Black or Black Francis, singer / songwriter and founder of alt-rock greats the Pixies. In fact, he enjoyed it so much that the Pixies recorded a cover of this track and released it as a B-side to their 1991 single "Planet of Sound".

I love Frank Black, I love the Pixies and I love this. That's really all I have to say on the subject.

There you go then, a few more tracks from retro games who roots lie in "real-world" music. Did I write this as a self-indulgent excuse to listen to Devo and the Pixies? Possibly, but I also had to suffer through that terrible version of "Bohemian Rhapsody" last time I did this, so I think it's only fair.