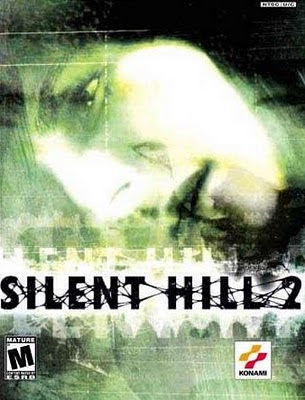 Silent Hill 2 is the best videogame ever made. There, I said it. It's out there now. You can deny it all you like, but I know I'm right. One of the reasons it (and the first three Silent Hill games in general) is so great is the attention to detail, the little bits of graffitti, the hidden messages in the Coin puzzle... What's that, you say? You didn't know there was a hidden message in the Coin puzzle? Well, there is; I present it to you now for your edification.
Near the start of the game, in the Blue Creek apartments, there is a puzzle in which you have to insert three coins depicting a Prisoner, and Old Man and a Snake into a desk to get it to open. Here's some pictures of the three coins (pictures from the Silent Hill Wiki). 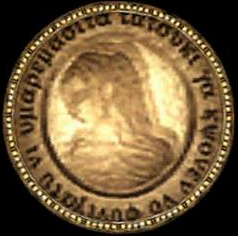 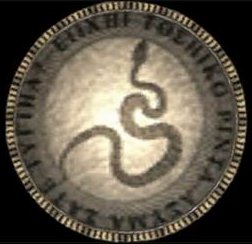 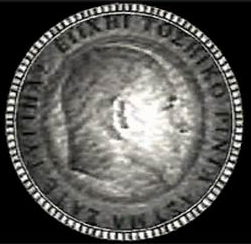 What you may have noticed is that there is some writing around the edge of the coins. Taking a closer look, it looks a lot like Greek, right? Well, that's because it is, kinda, Windows generally comes with a font installed called "Symbol Font", and if you write out the alphabet in the Symbol font, it looks like this (capitals on the top, lower case on the bottom):

So, the symbol font essentially replaces letters with their nearest equivalent in the Greek alphabet, which is what is used around the edge of the coins. So, if we take the Prisoner coin (the one with the woman on it) and write down the Greek letters that appear around the edge, we get this: 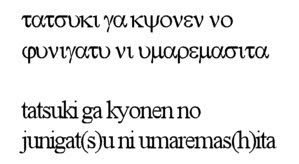 If you highlight the Symbol font text and change it to a standard font like Times New Roman, a message appears! The message on the Prisoner coin says "tatsuki ga kyonen no junigatu ni umaremasita", which, even I can see is Japanese. The letters in brackets in the image above are letters that are sometime included in the word, but not in this case. Either way, the words mean the same thing. And, with my limited knowledge of Japanese, I'm pretty sure the sentence says "Tatsuki was born in December of last year."
So there you are. A hidden message in the Prisoner coin, presumably to commemorate the fact that one of the developers had a child during the production of Silent Hill 2.
As for the Old Man and Snake coins, they have the same set of writing around the edge, which reads: 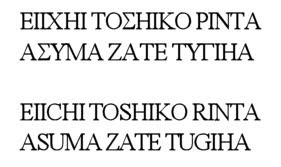 Looking at that, I would say "Eiichi Toshiko Rinta Asuma Zate Tugiha" is a list of names. There is an "Eiichi Ito" listed in the credits as an item designer, and I assume he would have been the person responsible for creating the coins. Beyond that, I don't know anything about this mysterious message.
So, there you go. Silent Hill 2 is even deeper than you thought. If you have any information on the mysterious messages, or you just want to tell me that my translation is horribly, horribly wrong (a fairly likely scenario), then send me an email at vgjunk@hotmail.co.uk.
Posted by VGJUNK