If the fact that I run a website that consists of me rambling on about them hasn't clued you in, I love videogames. I also love the music Britain's premier classic rock band, the incomparable Queen. And do you know who else loves videogames and Queen? The Japanese. Queen were pretty successful in Japan, and some of that success translated into the greatest compliment a band can receive: a reference or two in a videogame! So, here's a look at some of Queen's appearances in the wild world of digital entertainment. 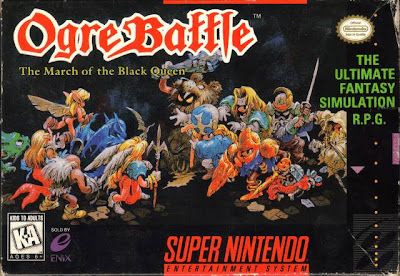 Quest's series of strategy RPGs goes all-out with the Queen reference, and names the entire series after the song of the same name from the album Queen II. That's fine by me, it's a great song. However, the designer of Ogre Battle, Yasumi Matsuno, obviously decided that he was such a big Queen fan that one reference in the title wasn't enough, so he gave it the subtitle The March of the Black Queen. "The March of the Black Queen" is another song on the Queen II album. 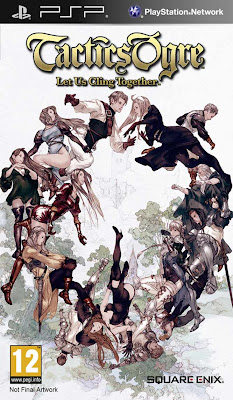 Matsuno wasn't done there, though: the next game in the series, the Final Fantasy Tactics­-style Tactics Ogre, it was given the subtitle "Let Us Cling Together". "Teo Torriatte" is a track from Queen's 1976 album A Day at the Races, and it's unusual for being partly sung in Japanese. "Teo Torriatte" was translated (rather wonderfully, if you ask me) as "Let us cling together". So there you have it: Queen and Ogre Battle, together in perfect harmony. There's even an area in Ogre Battle called the Rhyan Sea, named for the song "Seven Seas of Rhye". 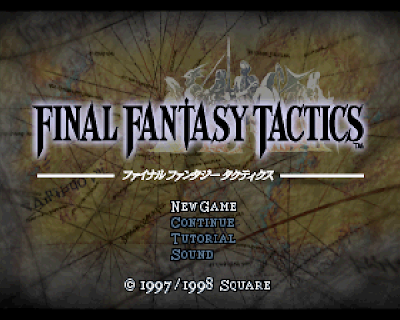 One of my all-time favourite games, Final Fantasy Tactics gets a little extra sparkle from the fact that the fourth chapter of the game is entitled "Somebody to Love" in reference to the song of the same name that appears on the album A Day at the Races. You might be thinking "hey, the phrase 'somebody to love' is common enough that it isn't necessarily a Queen reference", and normally I'd agree with you; however, when you take into consideration the fact that FFT was directed by none other than Ogre Battle creator Yasumi Matsuno then, well, I think it's pretty much a definite.

Not really an appearance by Queen as such, but the Highlander game that was produced for the home computers in 1986 featured a rather nice chiptune version of "A Kind of Magic" (well, the Commodore 64 version did, at least). Here, have a listen:

Was the game itself any good? Well, I've never played it, but by all accounts it's pretty terrible. Then again, it was a movie tie-in made by Ocean in the mid-eighties, so what did you expect? 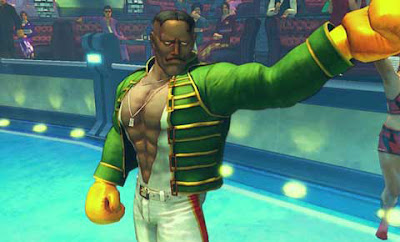 First of all, that's boxing champion and all round classy English gentleman Dudley up there, sporting one of his alternate costumes from Super Street Fighter IV. It's quite clearly modelled on Freddie Mercury's iconic stage outfit from Queen's 1986 appearance at Wembley Stadium: 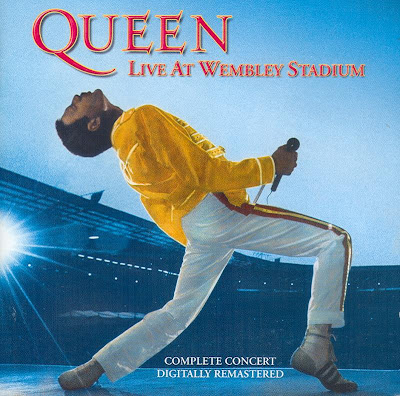 A great choice of Capcom's part, I must say. Still, that's not Street Fighter's only claim to a Queen connection. Here's Eagle, one of your opponents from the original Street Fighter. 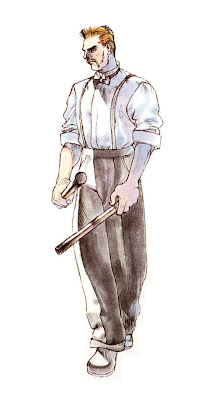 He's a British bouncer and possible MI6 agent who (along with Birdie) is named after a golfing term. Originally, he seem to have been inspired by the bodyguard character from the Bruce Lee film Chinese Connection / Fist of Fury:

And then Eagle disappeared for fourteen years or so, until he reappeared as a playable character in Capcom vs SNK 2. However, he'd undergone a few changes, and he appeared to be turning into something of a Freddy Mercury impersonator. There are the physical aspects of his Mercury-dom, like his (admittedly not black) slicked-back hair and moustache. Then there's the fact that some of his win quotes, particularly in the Japanese version of CvS2, seem to imply that Eagle is gay - for example, after beating Cammy he tells her that he's "not interested in young ladies". Freddy Mercury was certainly bisexual (at least), so that's something else they have in common.

The real clincher is some of Eagle's in-battle voice clips. His taunt has him saying "No time for losers", which is a line from Queen's anthemic "We Are The Champions", and he also says "the show must go on" after winning. "The Show Must Go On" is a track from Queen's 1991 album Innuendo. 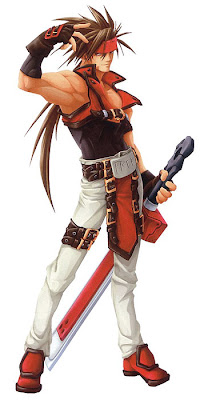 Oh boy, we've hit the motherlode here. Guilty Gear is famous for being crammed full of nods to music in general and heavy metal in particular, with the name of pretty much every character and special move being a reference to some band or other. Queen is the big one, though: series creator Daisuke Ishiwatari is a huge Queen fan, and boy does it show. Pictured above is Sol Badguy, the main character of Guilty Gear and a walking bundle of Queen references. Sol's favourite activity, as listed on his character bio? Listening to Queen, particularly their Sheer Heart Attack album. His headband carries the phrase "Rock You", as in "We Will Rock You". His theme music is called "Keep Yourself Alive", which is the title of Queen's first ever single. His real name? Frederick, and his nickname is taken from Freddy Mercury's solo album Mr. Bad Guy. 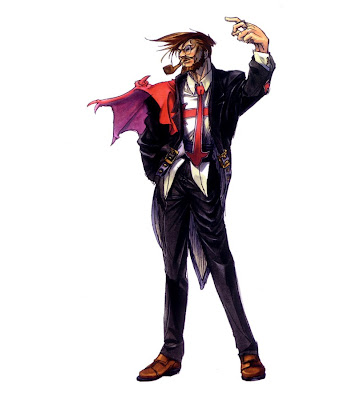 Then there's vampire badass Slayer. He's named after the metal band of the same name, but most of his special moves - All Dead, Dead on Time, Under Pressure - share their name with Queen songs.
In fact, you could argue that all four members of Queen are represented in Guilty Gear. There's Sol "Frederick" Badguy for Freddie Mercury, May for Brian May (sorry, Dr. Brian May CBE), Johnny for John Deacon and Roger (Bridget's creepy teddybear thing) for Roger Taylor.

And that's Queen, in videogame form. Freddy might have sadly passed on, but it's nice to think that his spirit lives on in a giant dude with a fiery sword. I'm sure there's some little Queen-related videogame moments that I've missed, so if you can think of any that I've misses then please, drop me a note in the comments.
Posted by VGJUNK