Sometime, the depressing thought occurs to me that I've spent vast swathes of my life playing Final Fantasy games, and I weep bitter tears. Then I remember that, on the whole, they were awesome, and what else would I have been doing? Watching TV? Screw that. With that in mind, here are ten of my favourite weird Final Fantasy monsters upon whom, in killing, I frittered my youth away.

What's weird about a rabbit? Nothing, if you own a petting zoo. If you are, let's say, an adventurer on a quest to defeat the ultimate evil (or a mincing clown with a god complex), then a random attack from a lagomorph riding a lettuce can definitely be considered a little odd. What does the Leafer hope to gain from attacking four battle-hardened warriors? No man can say. Perhaps they have some bizarre Squaresoft version of myxomatosis that makes them suicidal, or perhaps that isn't a lettuce the Leaper is riding, but rather some hideous alien parasite that brainwashes bunnies into attacking people who can incinerate them with a single magic spell.

I'd look that grumpy too, if I was made of phlegm. The combination of his sour face and the way he's holding his slimy little arm-flaps up makes him look as tough he's pointing at the door and telling someone to get out. And if he's a Slime, why does he have teeth? Surely they'd just keep falling out of his gooey gums?

The Flying Spaghetti Monster had a baby, and he's eye-dorable! Haha, go ahead and hate me for that pun, but I'm standing by it. Eyeball monsters are great, and Oddeye is even better because he's two eyeballs, eyeballs held together by noodles. He doesn't appear to have any eyelids, and as his eyeballs do account for 95% of his body surface, he must be in constant pain, what with all the dust and grit and adventurer's swords that keep flying into them. No wonder he's a villain. 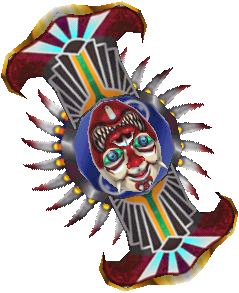 Poor Belhelmel. He looks like something you'd find in a tourist gift shop owned by a Native American who's done just a little too much peyote. He has two fighting modes too, laughing mode and furious mode, thus making him one of the few videogame monsters to be officially bi-polar. I'd like to think the fact that he can shoot laser beams out of his eyes brings him some comfort. 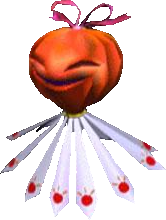 I admit, it's the name that gets me with the Dorky Face. What's odd is that it's name in Japanese is clearly "Funny Face" (Fanī Feisu), but during the translation process someone decided it looks more Dorky than Funny. Squaresoft clearly hired a schoolyard bully to translate the monster names. "Hey pumpkin!" he would shout, "You look like a dork!". It doesn't seem to have affected Dorky Face's self-esteem any, though; just look how happy it is! Proof indeed that you don't need limbs, a torso or even genitals to be truly happy. Most importantly of all, he's a pumpkin, and I do love pumpkins so.

You see, when a mummy sea-snake and a daddy hermit crab love each other very much, they hug in a special way and produce this nightmare of the deep. I imagine Acrophies' life to be like a sitcom about two mismatched roommates: Derek the fastidious, uptight crab and Vinny the remoseless, venom-dripping predator who keeps swallowing things that take him five weeks to digest. I don't know if that starfish in the middle of the shell is part of Acrophies' body, or if it's just hanging out with them. He's the Kramer of their terrifying sitcom! 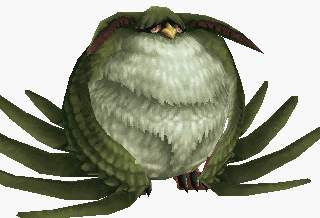 A huge, fat owl. Biiiig and fat, he is. And that's pretty much it. He looks so sad, like the ultimate opposite of Dorky Face. Sad face, huge body. It's hard to dislike an enemy that is just so depressing. I'd give him a hug, and then stab him for the EXP. 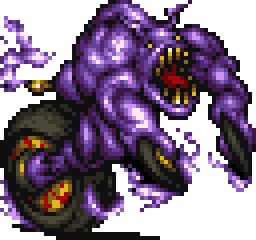 Living things with built-in wheels are always straddling the wheel between cool and creepy, like the Wheelers in Return to Oz and Johnny from Chrono Trigger, but MagRoader definitely falls on the creepier side. That said, I feel sorry for him because his back wheel appears to be held between his back legs, and that thing's bound to cause some serious chafing. I do really like his design though, particularly the fact he looks like a billowing cloud of oily smoke with a gaping, tooth-filled maw.

Wow. Well, the obvious statement to make would be GODDAMN THAT'S ONE PSYCHADELIC TOAD. But I'm not that predictable, so instead I will draw your attention to the enigma that is his facial expression. What is he thinking? There seem to be several emotions playing over that froggy face, but mostly I think he's pulling the face you pull when you've just had someone scratch a really irritating itch in the middle of your back. Ahh, satisfying, it seems to say. What do you mean I'm the only one that pulls that face? Actually, the more I look at it, the less his right eye looks like an eye and the more it looks like a mouth with orange lips. Now that's creepy.

My very favourite is this briny fella. He's a squid, and I'm a big fan of squid. Like everything else in Final Fantasy Tactics, his name is a mistranslation and he's supposed to be called Squidraken, but Squidlarkin just sounds so much better. (Un)interesting fact: I love the word Squidlarkin so much, it was one of my early internet nicknames. Sadly, Squidlarkin isn't technically a species on his own; he's part of the Mindflayer family (mistranslated as "Mindflare" in FFT), and they appear in several other FF games.

If you are a fan of certain non-electronical RPGs, these guys might sound familiar, and that's because Square "drew inspiration" (read: stole them) from the Dungeons & Dragons monster of the very same name. Not a single effort was made to disguise the theft; the name, the attacks, the appearance, all identical. Oh well, I'm sure it was only a matter of time before Squaresoft came up with a tentacle-faced monster with the power to rape peoples minds anyway. It's a pretty common archetype.

Well, there are some monsters for ya! Please, if you know of any more creature that Square shameless stole, please let me know in the comments and I will pass your information on to the appropriate authorities.
Posted by VGJUNK