My antipathy towards clowns has become something of a running theme here at VGJunk, a situation that is not helped by clowns being in so many videogames. Heroes, villains, fighting game combatants, cannon-fodder enemies, those daffy, laffy, ghost-faced agents of darkness have played every role, terrorizing children and adults alike with their rigor-mortis grins and baggy trousers that conceal god knows what. Now, I'm not actually scared of clowns, but they are sort of unsettling and because they come in so many different varieties there's definitely a spectrum of Clown Creeposity, which is what I'll be looking at today - a selection of jesters, jackanapes and jokers, roughly arranged in order of how little you'd like to run into them in a dark alley. 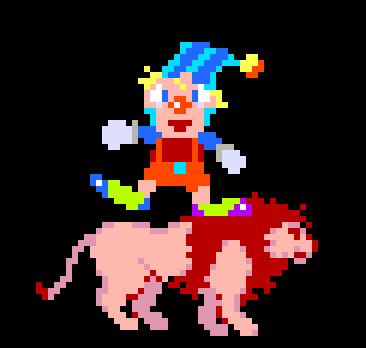 The star of Konami's arcade game of the same name, Circus Charlie is quite likely the least menacing videogame clown ever created. Why, he's downright adorable! Forcing a lion to jump through flaming hoops might provoke cries of "animal cruelty," but that's the worst thing you could accuse Charlie of and I don't think that particular act was even his idea. That's one of the reasons Charlie lacks the menace of other clowns - he evokes feelings of sympathy, because he's a child who's forced to ride a lion through flaming hoops and jump from trampoline to trampoline while the other circus folk throw knives at him.
Creepy Clown Rating: 0 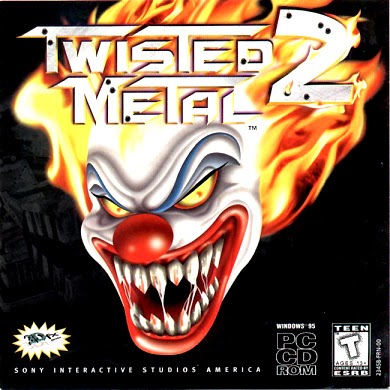 Equally unthreatening but for different reasons is Sweet Tooth, mascot of the Twisted Metal series of vehicular combat games. He's a serial killer in a clown mask who drives an ice cream truck. Oh, and his head is permanently on fire thanks to a curse. Before anyone complains, I'm aware that "Sweet Tooth" is the name of his truck, and that the character's name is Needles Kane. Needles Kane. This is why Sweet Tooth is about as scary as basket of kittens: he's so obvious. If he wasn't the star of Twisted Metal, he'd be the main character in a 14-year-old Juggalo's poorly-drawn webcomic. Did I mention that his head is permanently on fire? I just think it's a wonderful touch. "This psychotic, murderous, irredeemably evil clown simply isn't scary enough. I know, what if his head was on fire, like, all the time? Yes, that's it, that's the final detail!"
Creepy Clown Rating: 1, but only because I worry about dental hygiene and those teeth look like they'd be a nightmare to keep clean. 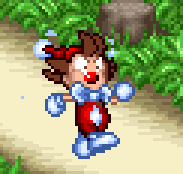 Kid Clown in Krazy Chase is a game about a clown kid who chases things. It's pretty crazy, although perhaps not crazy enough to warrant crazy being spelled with a K. Honestly, I'm more scared for Kid Klown than I am scared of him - the poor chap looks as though his heart is about to explode like an overfilled bouncy castle at any moment. 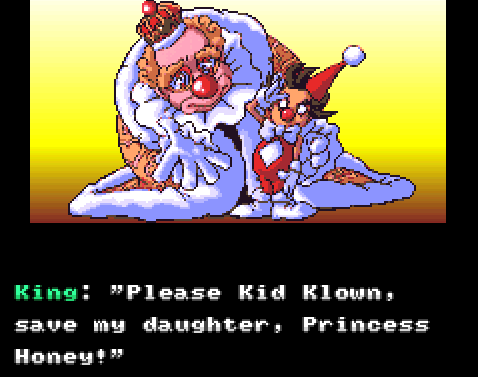 The Klown King, on the other hand, he's a good sight more unnerving, flopping around like a giant slug, his ermine robes replaced by a duvet. His flesh-coloured lips make it seem like the clowns in this universe don't wear make up - their faces just look like that. Eww.
Creepy Clown Rating (Kid Klown): 2, because I'm worried he might snap under the pressure and go on a rampage.
Creepy Clown Rating (King Klown): 5, rising to six if my hunch is correct and there's nothing under that duvet but a swirling portal to cosmic oblivion. 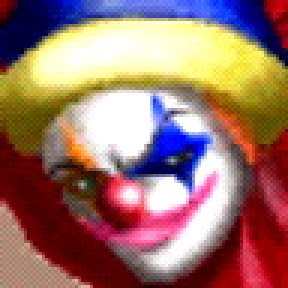 Not so much scary as really, really smug. What have you got to be so smug about, Pierre? What do you know that we don't? Are you wearing something scandalous underneath your clown suit? 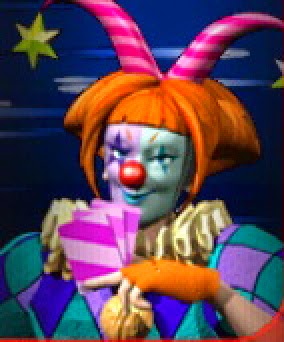 He looks even worse in Fighter Destiny 2. The horns are a strong indicator of his demonic nature, but that haircut seals the deal. No right-minded person would cut their hair into the shape of a horsehoe crab.
Creepy Clown Rating: 4. 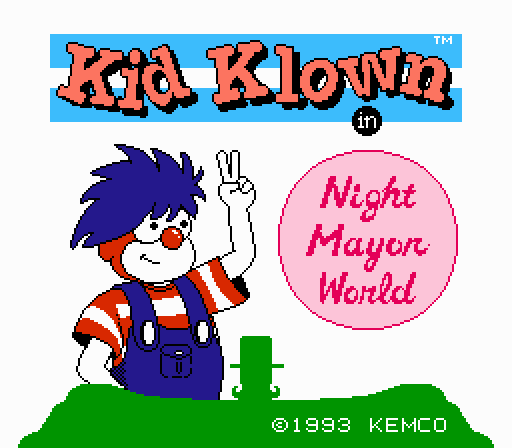 A different Kid Klown than the one previously mentioned, this one is more of a goofy lunkhead, well-meaning but ultimately not a very good clown. Hey, Kid Klown, your makeup is supposed to be red lips with a white face, you dolt, not the other way around. If it wasn't for the red nose he wouldn't look much like a clown at all. In fact... 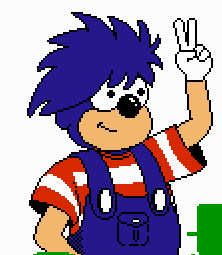 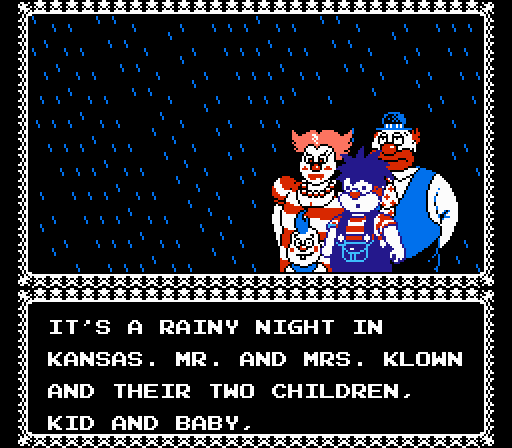 Then we meet Kid Klown's family and things take a turn for the sinister as we see mum, dad and the kids standing outside in the driving rain. Mrs. Klown has, erm, one heck of physique. You could moor ships in the harbour by tying them to Mrs. Klown, I reckon. Mr. Klown ponders where his life went wrong, ruing his decison to name his children "Kid" and "Baby". "What happens if we have another baby?", he thinks. "Are we going to call it Baby 2? I should have stayed on that plumber's apprenticeship but no, I had to dop out and enter clown college. What the hell was I thinking?"
Creepy Clown Rating: 4 for Kid Klown, 6 for the crushing misery of the family scene. 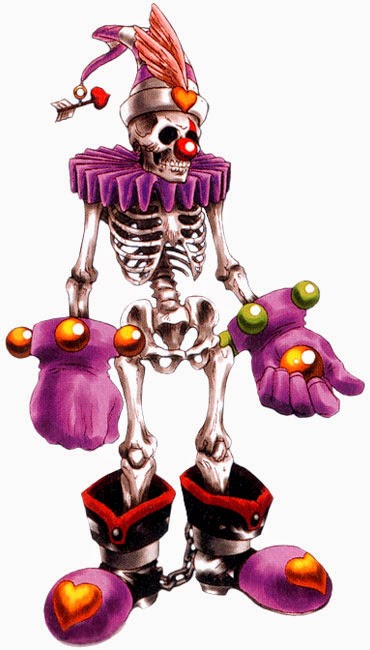 A skeleton clown, a thing I love (skeletons) mixed with a thing I really don't (huge and extremely cumbersome gloves. Oh, and clowns). An undead clown may be creepy enough on its own, but the really dark thing about Skelly is that you recruit him into your party by collecting his bones, which have been scattered around the world. You've got a universe to save, but there's always time to ferret around each location looking for a discarded pelvis.
Creepy Clown Rating: 5, would be higher if his feet weren't shackled together, thus making your escape easier. 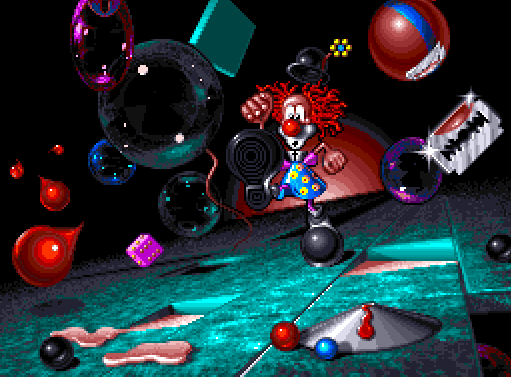 Clown-o-mania: a mental illness resulting in the compulsion to abduct children and feast on the raw flesh of human beings.
The actual clown in this one is too boring to be creepy, but is that a floating, bloodstained razor blade floating next to him? There are drops of blood flying through the air, too, and some leaking out of that small mound on the floor. This twisted hellscape is so bizarre it's even freaking that clown out, so you know it's not a good place to be.
Creepy Clown Rating: 6 for the background, which may be a special pocket dimension specifically created to imprison rogue clowns. 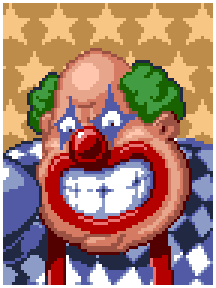 We're getting to the more unpleasant clowns now, and this pugilistic pagliaccio summons feelings of fear for two reasons. One is that of all the clowns featured here, he looks the most like John Wayne Gacy. 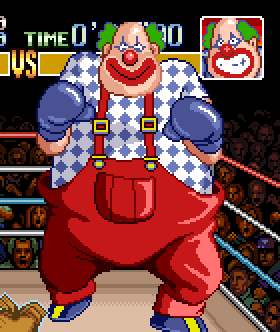 Secondly, you're trapped in the ring with him. There's no escape, nowhere to hide, the Mad Clown has one mission and that's to keep punching you until you stop moving. He cheats, too. Typical clown behaviour. It starts off as mischief, moves into wilfull dickery and then becomes full-on sociopathy as the fumes of the greasepaint and the chemicals in their wigs seep into their brains.
Creepy Clown Rating: 7, which is how many showers you'll need to feel clean again once Mad Clown has sweated all over you. 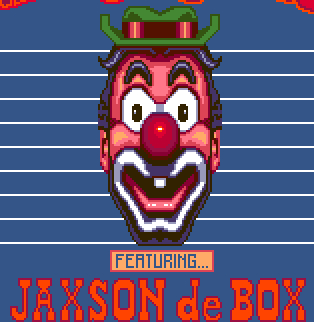 Aaahhhh! What the hell is that? Why does it have a single tooth growing out of its top lip? That's not just a clown, it's wino clown who's been huffing white spraypaint. All the kids love solvent-addled, alcoholic derelicts! "Hey kid, wanna see a magic trick?" slurs Jaxson, before vomiting into his own coat pocket and mumbling "ta-dah!"
Creepy Clown Rating: 8, unless he's mournfully playing a harmonica, in which case it drops to seven (because the music serves as a warning for you to run away).

Surely Mr. Do is too tiny for a reasonable assement of his terrifying nature to be made? Well, yes, in his original incarnation. However, Mr. Do was later revived to appear in the Neo Geo game Neo Mr. Do! 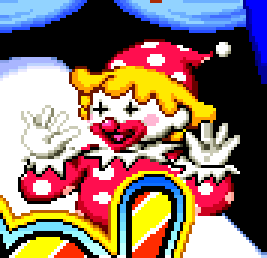 "Hi, kids! They took Mr. Do's eyes, and now he's going to take yours! Honk honk!"
I can't help but imagine the flaps of skin at the side of Mr. Do's cross-shaped eye slits peeling back to reveal... something. Something so disgusting I can't even envisage it. 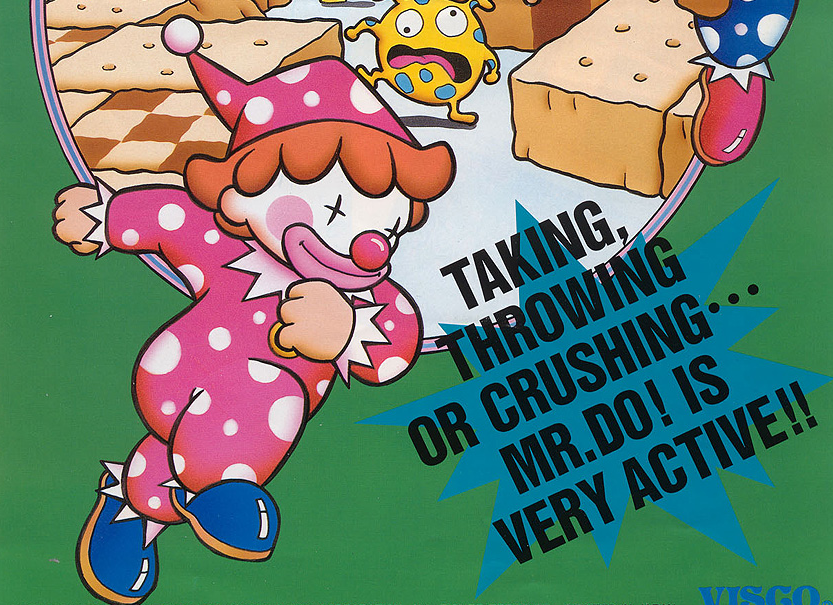 "TAKING powerful hallucinogens! THROWING up in a ditch! CRUSHING his victims beneath the oversized wheels of his clown car! MR. DO IS VERY ACTIVE, and the police have issued an emergency warning advising citizens to stay inside and lock their doors and windows!"
Creepy Clown Rating: 8 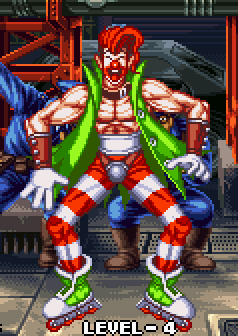 Oh god, this clown is wearing a metal codpiece. That's something I could have lived my life without seeing. Oh, and a dog collar too, how nice. It's Spanko the fetish clown! Hang on, just let me write that that phrase down in my big book of terms to never, ever do a Google search for.
On a physical level, Joker is just plain distressing to look at. His outfit that's seemingly designed to purposefully focus your attention on his groin, his lanky, unnatural frame, his curiously striated musculature. It might just be that he's wearing four-fingered gloves, but I reckon his lost a couple of digits to appease the notorious Cirque du Soleil mafia.
It's not just the way he looks, either: 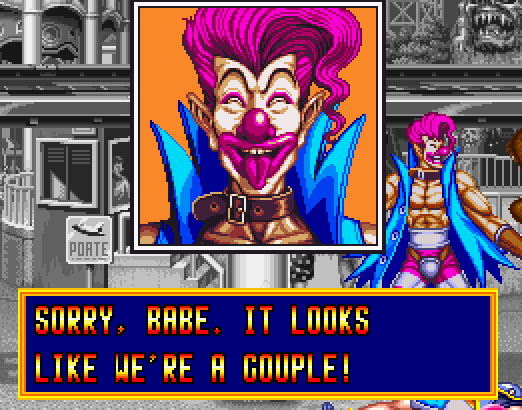 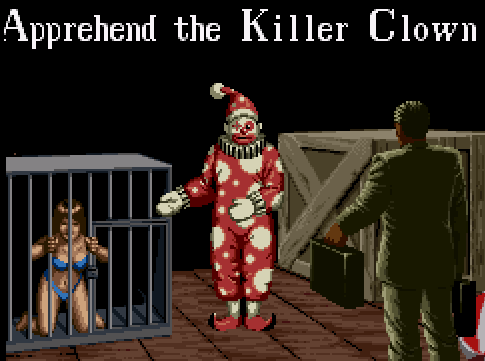 Finally for today, there's Killer Clown from Sega's arcade jet-bike-em-up A.B. Cop. Killer Clown sells girls into slavery. Given that his name is "Killer Clown" and not "Slave Trade Clown", he also murders people... and he just looks like a normal clown. A regular, everyday clown who just so happens to be utterly without morals or compassion, a malign force in the world who hides behind his oversized trousers and painted face. That's why clowns are creepy. They all end up having the same face. They cross societal boundaries and laugh it off as harmless fun, interfering with people by throwing buckets of water - oh no wait, it's confetti - at people and squirting them with flowers, and if they can ignore the rules of human interaction like that then there's no telling what they're capable of. Why does the Killer Clown even dress like a clown? We may never know. Possibly we can't know, because a mind as dark and sinister as his cannot be understood by ordinary men.
Creepy Clown Rating: 10 out of 10, shoot on sight, raise preparedness condition to DEFCLOWN 1.

This just a small sampling of videogame clowns - I could have included many, many more, but I think this serves as a good overview and honestly I'm starting to feel uncomfortable looking at all these horrible harlequins. What can we learn from this, then? Well, I'd say that the more a clown tries to be creepy the less creepy it is. Just look at Sweet Tooth next to Mr. Do and his missing eyeballs: I know which one I'd be more worried about seeing at the end of my bed in the middle of the night. That said, I would be worried about Sweet Tooth setting fire to by bedclothes with his ridiculous flaming head.