Videogames - it's time to grow up. Sure, you've come a long way from your cutesy, cartoony ancestors but it's still not enough. You're a fully-fledged facet of global media now, but the only way the world is going to start taking you seriously is if you really knuckle down and focus on tackling the kind of dark, gritty subject matter that results in true art. If you're going to compete with movies, TV and comic books we're going to need to see guns, drug abuse, homeless children eating rats just to stay alive, all that fun stuff. There's a reason that Warhammer 40,000, Hostel 2 and Jack Chick tracts are the regarded as the pinnacles of their respective art forms, after all!
To get you started, here are five suggestions for videogame reboots that'll send these franchises into the mature territory that'll allow them to reach their true potential. If you disagree, and you think that these videogames are fine as they are and should be allowed to continue providing a bastion of innocence and wonder, then I'm sorry that you're a literal child. Just grow a pair, you big baby.

The King of All Cosmos lurks, hideous and unending, in the depths of interstellar space, his terrible claws yearning to rend asunder the thin curtain of reality and bring death and madness to the entire universe. However, the long aeons of solitude have left him weak, and so he creates an emissary - The Prince. As The Prince, it is your task to accumulate power for The King by rolling up all that mankind is emotionally attached to and feeding the resulting pain and horror to your blasphemous father-god. Start off small by rollling up newborn infants and the gravestones of loved ones, your katamari growing in size with each terrified scream until whole cities are crushed beneath your rolling ball of condensed anguish. Also, you have a gun. 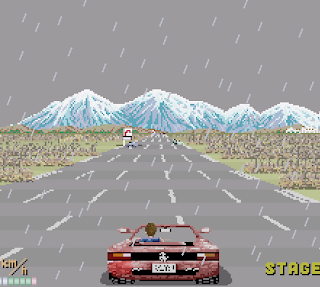 Nick Segaman was a good cop - until he started doing all the drugs and hiring prostitues to read passages from Being Jordan: My Autobiography to him. While off his face on peyote, Nick crashes his police-issue Ferrari Testarossa into an innocent family - his own family. Haunted by what he has done, the former Lieutentant Segaman must evade the law that he once served whilst using the skills he learned on his Advanced Police Driving course to bring down criminals who would otherwise be untouchable, chasing them through the rain-slick city streets in his sports cars and sometimes shooting them with the gun that he has. He hopes it will bring him peace, but deep down he knows it never can. Soundrack provided by Skrillex.

Interspecies animal combat might sound like a brutal premise, but Game Freak and Nintendo neutered the concept with all that "friendship" and "teamwork" and "emotional bonds between enslaved battle-monster and trainer" nonsense. Therefore, I propose a shift in the core gameplay to highlight what mankind would actually do with pokemon if they existed in the real world: relentlessly exploit them for profit.
Think of it as SimCity crossed with the Congo Free State and set in the Pokemon universe. Start  your own "Team" in the manner of Team Rocket but without the endearing incompetence, and build an empire predicated solely on the suffering of pokemon. All these cities require electricity, so round up all the Pikachus you can find, lock them in cages and poke them with sticks until they generate the currents you need! Entertain the human inhabitants of Kanto through Ponyta races, allowing you to harvest the added income of illegal gambling and loansharking! Use Muks and Weezings to soak up pollution and then house them in low-income neighbourhoods! Miltanks could be bred und slaughtered! The possibilities - and the profits - are endless.
Make sure you buy both versions to experience the full range of gameplay options: "Treecko Habitat Deforestation" is only available in Utter Bastard Version, while "Mass Bidoof Cull" can only be played in Heartless Monster Version. 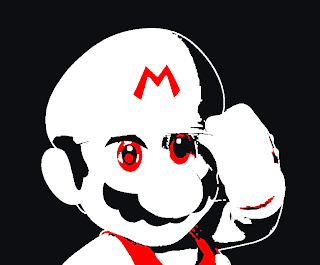 Mario "Star-Man" Mario was the heavyweight champ, until he was caught throwing bouts for a handful of mushrooms. Now he works as a plumber, fixing leaky pipes by day and wandering the streets of Fungus City at night, dreaming of his glory days and smashing bricks with his powerful fists. His life is spiralling out of control until the night he sees a local prostitute known as Peach being beaten by her pimp, the ruthless "King" Koopa. Using his boxing skills, Mario puts Koopa into a coma, but Koopa has powerful friends and soon our hero is being hunted by forces both within and outside the law.
Hiding out with Peach and her friends Daisy, (a prostitute) Birdo (also a prostitute) and Yoshi, (a grotesque fusion of dinosaur and horse that has learned to speak a crude approximation of human language) Mario must adjust to his new life as a hunted man while taking out the people that want him dead. With a gun, sometime, but then sometimes he just punches them. He grunts a lot, too. Look, there are a lot of kinks to work out with these things, they're just suggestions. Maybe Mario could take a young sidekick under his wing and then mentally and physically abuse him? That sounds like it'd fit the tone.


Sonic the Hedgehog with Guns 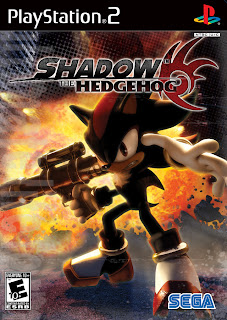 
Recently on VGJUNK:
Be the hero Gotham needs and die a lot in Batman!
Nostalgic cartoon servitude in The Trap Door!
Blue skies and open roads in Racing Hero!
Posted by VGJUNK