Another Ephemera article? Don't mind if I do! Here are five more snippets shorn from the woolly hide of retro gaming that I'd like to write about because they amuse or intrigue me. The fact that these article don't involve me playing all the way through some long-forgotten and usually not very good videogame is just a bonus for me! Okay, let's get going. 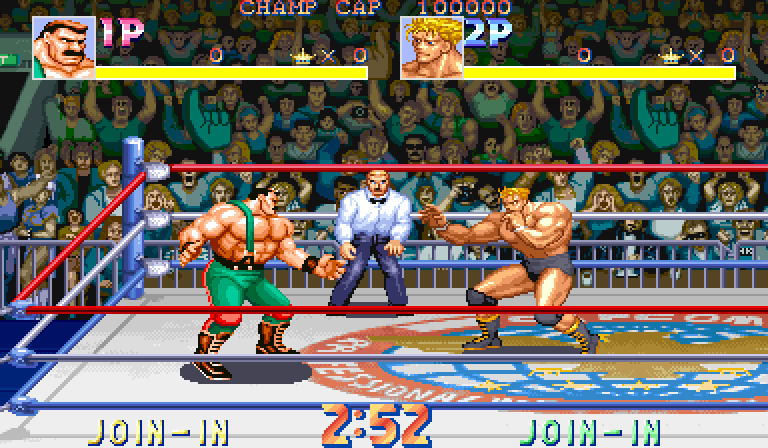 However, this is a rare occasion where I'm not interested in the Mayor of Justice, Mike "Punk-Pounder" Haggar. Okay, that's a lie: I am interested in him, as always, but he's not the primary focus. Instead have a look over to the left-hand side of the screen. I see a familiar figure in the crowd...

It's Chun-Li, taking an evening off from chasing supervillains around the globe in the name of justice to take in a little sports entertainment! You'd think she'd have had enough of wrestling, what with Zangief smashing her about all these many years, but there you go. That bloke behind her looks kind of familiar, too.

Here he is sporting a more familiar red headband and yes, it's Street Fighter star Ryu. See, now, I have to assume that Chun-Li is either here as part of an undercover investigation - you can't just take the law into your own hands and batter people to death with a steel pipe even if they have kidnapped your daughter, Mayor Haggar - or just to enjoy the show, but Ryu? Ryu is definitely here to learn some new moves and admire the vigorous fighting spirit of these potential sparring partners. There is no way that Ryu knows wrestling is "fake". He just wouldn't be able to comprehend the concept of people pretending to fight.
Of course, that raises another question: is wrestling even fake in the Street Fighter universe? Zangief's spinning piledriver certainly doesn't seem like it's being executed with the cooperation of its intended target. Maybe in a world where people can shoot balls of psychic flame from their hands and if not fly then at least hover menacingly, wrestling had to get real in order to compete. Wrestlers train damn hard, but I don't think they'd grapple with bears if their victories weren't predetermined. 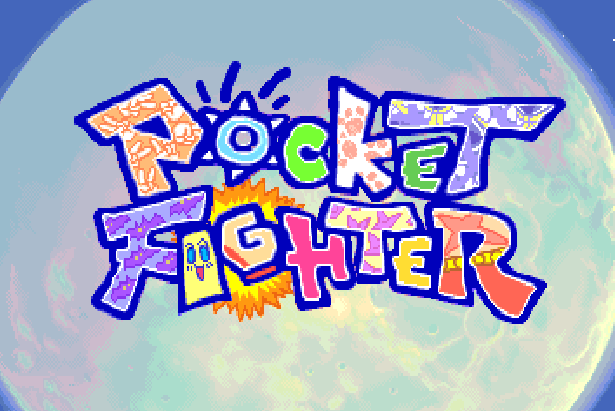 The letter O is formed from one of Chun-Li's spikey bracelet things (or an really ineptly-drawn Star of David), but what I never noticed until I replayed the game recently is that the letter G is a clenched fist. I don't really have anything else to add to this observation, I just thought it was a neat bit of logo design. It also has the effect of making the logo look like it's trying to beat itself up.


The Man With the Toasted Buns

"Now, Bond, your mission is to infiltrate the Byelomorye dam, evade or neutralize the guards, blow the facility and for god's sake don't sit down!"

Everything, squishy human people aside, explodes in Goldeneye for the Nintendo 64 if you shoot it for long enough. Wooden crates? All of them packed with semtex, apparently. Wall-mounted intruder alarms? They go up like a sack of fireworks thrown on a bonfire. But why the chairs, man? That chair looks disturbingly similar to the one I'm sitting on at this very moment, but as I'm not employed by the KGB I probably don't have to worry about it suddenly detonating. It's poor Sergei the Red Army technician you have to feel sorry for, tapping away on his delightfully retro green-on-black computer terminal with the knowledge that the slightest wrong move could see him splattered across the ceiling like a tomato thrown from a moving car. You can bet whoever was operating that computer did not contribute to the billions of lost profits caused by Google putting that playable Pac-Man doodle up. Sergei does his job diligently, never causes trouble and then goes home to his loving wife and sleeps standing up.

Mega Man 2: The Power Fighters is an odd arcade spin-off of the Mega Man franchise that turns the boss battles of the console originals into kind of a one-on-one fighting game, a Mega Man experience consisting of nothing but fights against a series of Robot Masters before the inevitable confrontation with Dr. Albert "I've got one plan and I'm sticking with it" Wily. It's a fun little game if nothing Earth-shattering, but for some reason Capcom chose this obscure arcade-only release to sneak in an important bit of Mega Man canon. Well, as important as the fictitious story of the enmity between a robot boy and Evil Albert Einstein can be. 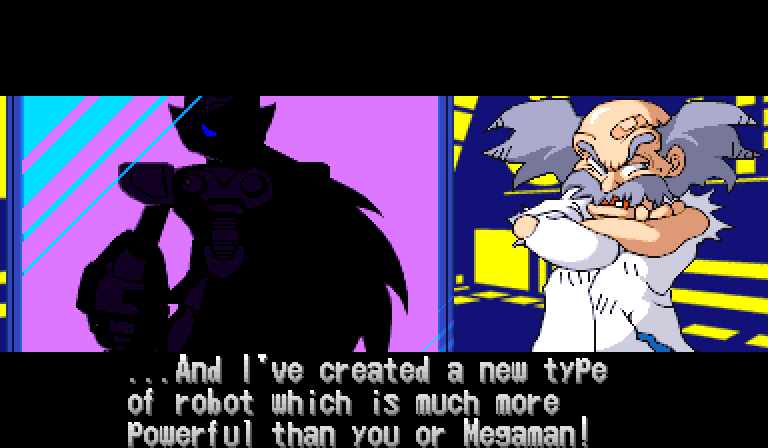 
It confirms that Dr. Wily built Zero, co-star of the Mega Man X franchise. Yes, I know it doesn't say "Zero" by name but that is quite clearly Zero in that pod, and the game's reluctance to say "yeah, that's totally Zero" whilst making it extremely obvious that yes, it totally is Zero is so ridiculous that it becomes hilarious. Bass (Dr. Wily's attempt to build a better Mega Man) even comments on the robot's long, girly hair. If I were you, Bass, and my head was shaped like the McDonald's arches with a Christmas decoration stuck in the middle, I'd keep my opinions about other people's heads to myself. Glass houses and all that. 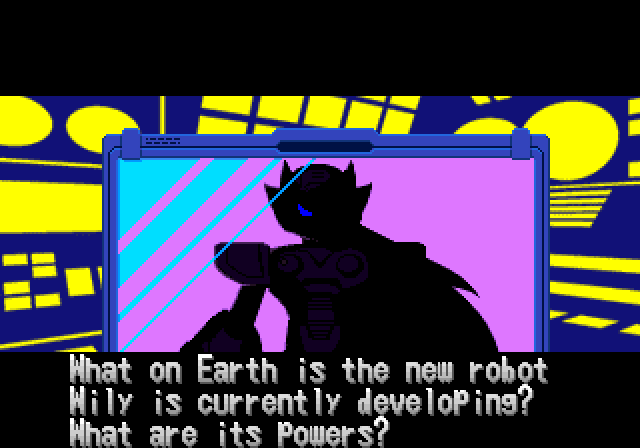 The new robot is Zero! His powers are "using a sword" and "being cooler than Mega Man X"! Come onnnnn!

StarFox for the SNES - I've been playing it a bit recently and it's held up really well, you should give it a go if you haven't played it for a while. Anyway, after fighting their way across the icy wilderness of the planet Titania and recapturing the weather controlling machine, the Star Fox team catch up to the boss. Not for long, though.

That's right, when the boss sees our heroes it flashes up a cheeky "bye-bye!!" message on its scrolling LED display and then boosts away. The sheer gall of it, mocking me with its glorified bus stop sign before sending minor enemies at me while it hides in the distance, trying to regain its health.
This is pretty great. While the developers of StarFox did an excellent job of creating unique-looking bosses using very small range of polygonal shapes and a colour palette with all the scope and vibrancy of a naval scrapyard, this boss' rudeness gives it just that touch of extra character that made him stick in my mind for the past twenty years. Sure, that character is "rude, also a coward," but it's memorable. Even better, do you know what this boss' name is? It's called Professor Hanger. What is it a professor of? Robotics? Anthropology? Being A Cheeky Little Prick? Yeah, I'm pretty sure it's that last one.